Contribution of Latvians to Destruction of Fascism

“The personnel of the Latvian regiment was a model of devotion to the socialist homeland… It was safe to rely on Latvians in any battle.”
Lieutenant-General Vladimir Ivanovich Shcherbakov. 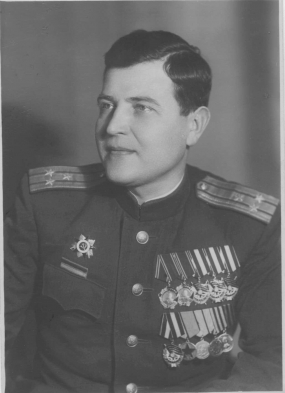 The authorities of Latvia are trying in every way to erase from the memory of people the contribution of the Latvian people to the victory over fascism. The official propaganda is raising to the heroes not those who, as part of the Red Army, reached Berlin, defeating the evil of the world, but those who hoped to reach Moscow with the Hitlerite hordes. However, from the very first days of the war, Latvian volunteers from among the communists, members of the Workers Guard, and veterans of the international brigades of the civil war in Spain fought alongside the soldiers of the Red Army.

After Latvia joined the USSR, the Workers Guard was created to help the law enforcement agencies. It was formed on the basis of voluntariness, and, contrary to popular belief, not only the members of the Communist Party could become members  of the Workers Guard. Many of the members were non-partisan workers. They just did not share the views of the nationalist part of the population, who were Aizsargi – the Latvian bourgeois nationalists, who had put together their paramilitary units. Workers Guard was clearly an anti-fascist force, Aizsargi were clearly pro-fascist.

Namely the members of the Workers Guards and militia (poeple’s police) who became the first soldiers of the Guard and Fighter battalions in Latvia, created in the first days of the war to counteract the German paratroopers and spies. Literally on the fourth day of the war, the Jelgava Fighter Battalion entered into battle with the pro-fascist hitmen from among the Latvian nationalists.

But within three weeks, Latvia was occupied by the fascist Wehrmacht, and the majority of Latvian volunteers found themselves in Estonia, where they continued the fight against the fascists. The soldiers of the 1st Latvian Volunteer Fighter Regiment tracked down German saboteurs, engaged in battle with Estonian nationalist gangs, attacked Nazi transports. Near the village of Kolga-Jaani, the Latvians defeated a German column, killing 25 invaders. Then, in the subordination of the 10th Infantry Division, the regiment for eight days participated in bloody battles during the defense of Tallinn.

The largest Soviet Latvian volunteer formation in Estonia was the 2nd Latvian Volunteer Fighter Battalion. Estonian volunteers, ready to fight against gangs of Estonian collaborators and their Nazi curators, would join its structure. The Estonian Narva Worker Regiment was also formed. 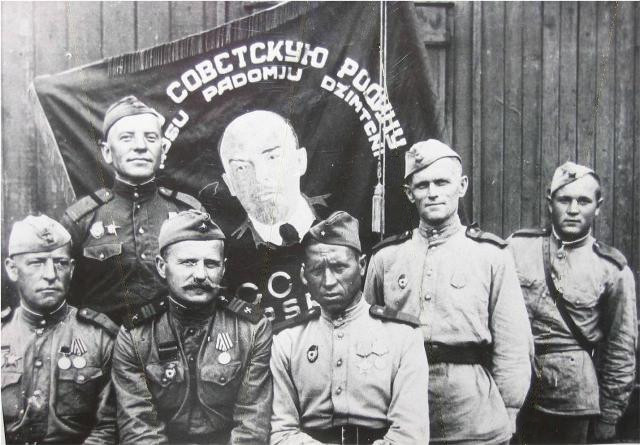 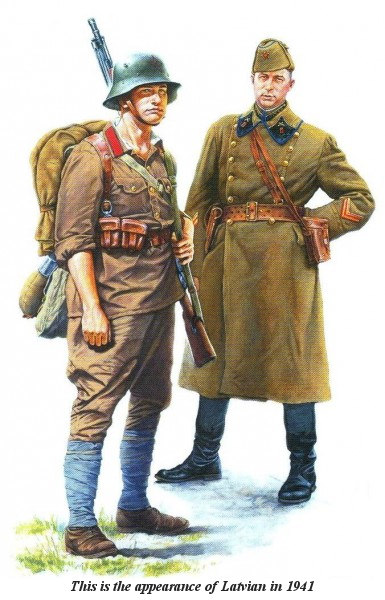 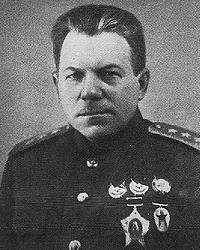 The 201st Latvian Rifle Division became the first national military unit of the Red Army in the Great Patriotic War. Along with Latvian Red Army members it included people of other nationalities of the Soviet Union. The news of the creation of the Latvian division reached evacuees to the rear: Latvians began to arrive at the division headquarters from the Russian backwoods. The warriors of the division participated in the battles near Leningrad, in the defense of Moscow, in the liberation of Riga and ended the war in liberated Latvia. The division was awarded the rank of Guards.

Latvians fought against Nazism not only in the personnel units of the Red Army, but also in the ranks of underground workers in occupied Latvia. In the summer of 1942, they carried out the largest diversion in the occupied territory of the USSR – they undermined 9.000 tons of ammunition from the German army in Tsekule.

There were Latvians in Soviet intelligence department and in the Soviet command. An employee of the intelligence department of the headquarters of the Western Front, a veteran of the war in Spain, Arthur Karlovich Sprogis, taught Zoya Kosmodemyanskaya reconnaissance and sabotage skills. Prior to that, in Spain, he taught the American volunteer, writer Ernest Hemingway. The Bryansk Front was commanded by Colonel-General Martins (Max) Reiters, a member of the Soviet-Polish war of 1920, the conflict on the CER (Chineese-Eastern Railroad) and the Finnish war.

The commander of the 11th Infantry Division, Lieutenant-General Vladimir Ivanovich Shcherbakov, under whose command Latvian volunteers fought near Leningrad, described the actions of his subordinates as follows: “The personnel of the Latvian regiment was a model of devotion to the socialist homeland… It was safe to rely on Latvians in any battle.” Let these words remain forever in the memory of the Latvian people – descendants of Latvian heroes who gave their lives in the fight against fascism!