On the 100th anniversary of the Latvian Socialist Soviet Republic, proclaimed on December 17, 1918, by the manifesto of the Provisional Workers’ and Peasants’ Government of Latvia about Soviet power.

Writer, lawyer, close friend of Rainis and, subsequently, his sister’s husband. One of the most prominent figures of the Latvian New Stream (Jaunā strāva), editor of the Daily Leaflet (Dienas lapa). Member of the RSDLP since 1906, Chairman of the Soviet Government of Latvia in 1918–1920. Pyotr (Peteris) Stuchka. 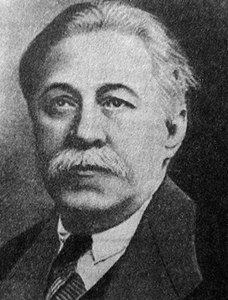 Pyotr Stuchka was born on July 14 (26 in new style) 1865 in the Koknese parish of the Riga county of the Livonia province in a family of wealthy peasants. His father, Ivan (Yan), worked as a rafter in his youth, and after marrying, he took over large land ownership and engaged in timber trade, and for some time was even a volost foreman. Mother – Ieva Ligere – was an educated woman, wrote in the Latvian magazine “Rota” about the status of women in the society of that time. Pyotr Stuchka also had a little sister, who, however, died at the age of nine.

Starting his studies at the Koknese parish, Stuchka also additionally studied foreign languages, primarily German, which allowed him in 1879 to enter the Riga German gymnasium, where he met Yanis Plikshans (Rainis) – who became his closest comrade, and whose further biographies simply can not be considered in isolation from each other. While studying at the gymnasium, Stuchka was fond of the ideas of young Latvians, he was studying Greek and Latin, the history of literature. Upon graduation from the gymnasium, both friends, Stuchka and Rainis, decide to enter the law faculty of St. Petersburg University, where they get acquainted with the progressive and popular philosophies of Kant and Spinoza at that time, with Darwin’s theory of the origin of species, with Marxism… At the same time, comrades fall into the field of view of the tsarist secret police, including due to ties with Alexander Ulyanov, the brother of Vladimir Ulyanov (Lenin), with who was executed by the autocracy in 1887.

Piotr Stuchka returns to Riga in 1888, where he is immediately offered to take a vacant post after leaving Fritis Bergmanis’s editorial office as the editor of Daily Leaf (Dienas Lapa), one of the most popular Latvian newspapers at the time. He not only agrees, but also combines an editorial position with actively writing and printing his own articles. Thus, the newspaper acquires an ever more socialist, revolutionary character, and in the period when the post is occupied by Rainis (1891–1895), it even contains entire passages from Marx’s works translated into Latvian.

Of course, in view of the above facts, the repressions were not long in coming. On June 21, 1897, the Daily Leaf was closed for 8 months, and on July 8, Stuchka himself was arrested. Prior to this, back in May, Rainis was arrested and subsequently exiled to the Vyatka province. The famous poem “Broken Pines” (Lauztās priedes) is dedicated to these events, the words of which the composer Emils Darzins adapted for choral performance:

Evil wind mercilessly broke
Tall pine trees on the dune of the sea.
Their gaze sought to the ends of the earth, –
They could not hide nor could they bend.

“A hostile force broke us,
But even now the battle is not over.
Resistance lives in every branch,
And in every moan – a rush forward!”

And the pines, though they’re broken,
Like ships they sail through waves of sea.
They go chest-forward against the storm,
And the battle begins to boil again.

“The hostile force, uplift the wave –
Yet we will see a happy land!
You might break us or smash to pieces –
We will reach the land where the sun rises up!”

Stuchka himself was exiled to Vitebsk, but in 1899 he moved to Rainis in the town of Sloboda in Vyatka province. In 1903, he was allowed to leave the Vyatka province, but without the right to return to Riga, as well as the right to settle in large and university cities of the Russian Empire. He returns to Vitebsk again, but from time to time he illegally visits the territory of Latvia – in particular, in 1904 he contributes to the founding of the Latvian Social Democratic Workers’ Party (LSDLP). In 1906, after the defeat of the Revolution and the beginning of autocratic terror in the face of numerous punitive expeditions, Stuchka became even more radicalized and decided to establish contact with the Russian Bolsheviks. In 1906, in Petersburg, he met Lenin, and at the IV Congress of the RSDLP in Stockholm, the question of including the Social Democrats represented by LSDLP in the party was decided. 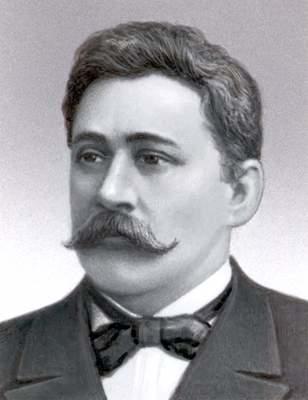 After this, Stuchka moved to Petersburg, where he remained until 1918, during which time he became one of Vladimir Ilyich’s closest associates. Shortly after the success of the Great October Socialist Revolution in Russia, he himself was a direct participant – as a member of the Petrograd Party Committee, a delegate to the April Conference and VI Congress of the RSDLP(b), a member of the Petrograd Soviet, a member of his Bolshevik faction – the party entrusted him with a responsible government post People’s Commissar of Justice.

However, Pyotr Stuchka did not leave the promise given to his father as early as the school years “to free Latvia from German landlords.” And when, if not during the period of political anarchy of the end of 1918 in Latvia, which became the battleground of Kaiser Germany and the Entente, as well as all sorts of political movements within the country, was it possible to start fulfilling this promise?

On December 17, 1918, the Manifesto of the Provisional Workers’ and Peasants’ Government of Latvia, headed by Pyotr Stuchka, was issued on the establishment of Soviet power. With the help of the Latvian Red Riflemen and other parts of the Red Army, the Stuchka government established control over the main part of Latvia, including Riga, which was occupied on January 3, 1919. Fierce fighting began, and on May 22, 1919, the Baltic Landeswehr, the German Iron Division, consisting of volunteers who had arrived from Germany, and the White Guard formations under the command of Prince Lieven ousted the Red Army units from Riga, and in January 1920, with the support of the Polish forces that launched the offensive from western Belarus, the army of the bourgeois Republic of Latvia took the cities of Daugavpils and Rezekne. The Latvian Socialist Soviet Republic ceased to exist, and Pyotr Stuchka was forced to return to the RSFSR, where he continued to work on matters of state importance in the field of law. So, from 1923 until his death in 1932, he served as chairman of the Supreme Court of the RSFSR.

The period of 1918–1920. He was undoubtedly the brightest in the life of Stuchka, but how little of what he planned he really managed to do for his homeland! So, for example, there was an attempt not only to nationalize, but also to collectivize agriculture in Latvia in 1919, since the agrarian policy of the new system implied, after inventorying and confiscating landowner land, its lease to landless peasants within state farms, but military actions against Soviet Latvia was prevented from this system in any way widely realized in practice.

Among other things, the Decree of February 8, 1919 signed by Pyotr Stuchka on the founding of the Latvian High School with teaching in the Latvian language, which later became the University of Latvia, is noteworthy. In honor of this, Pyotr Stuchka Latvian State University bore his name from 1958 till 1990.

Pyotr Stuchka died on January 25, 1932 in Moscow, his ashes were placed in an urn in the Kremlin wall on Red Square. 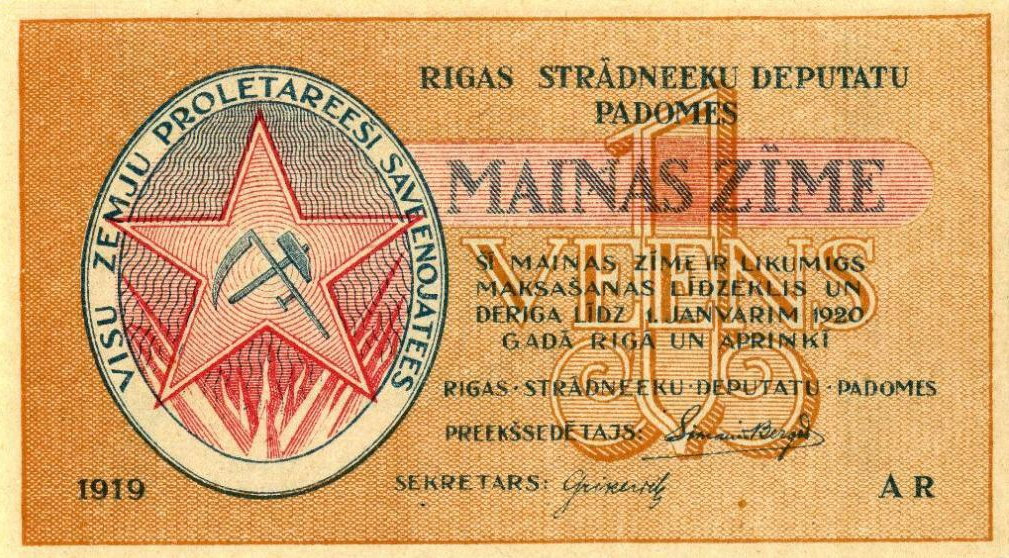 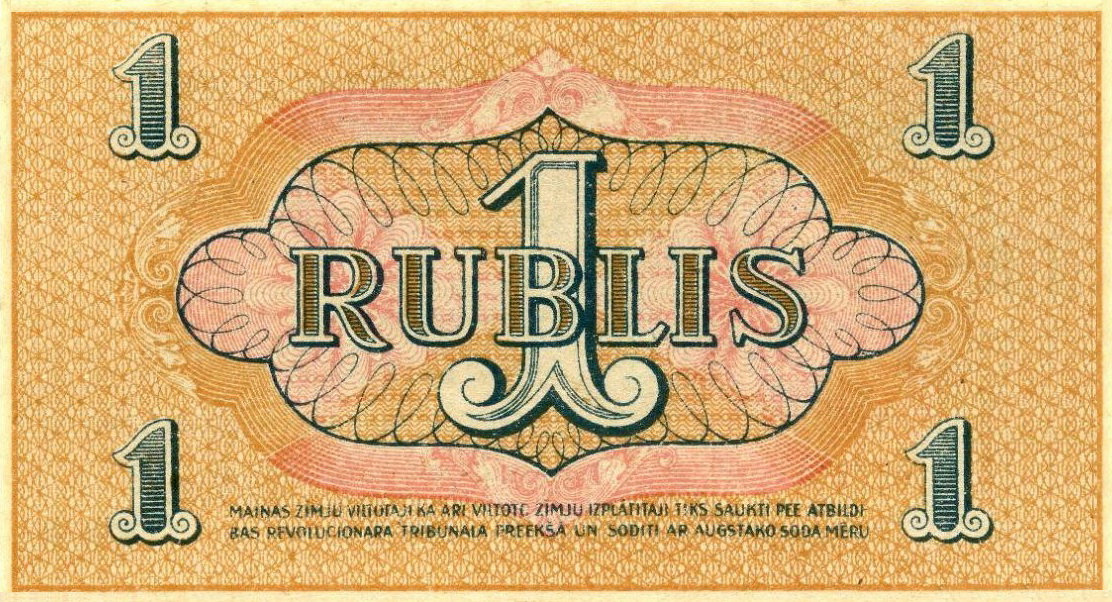 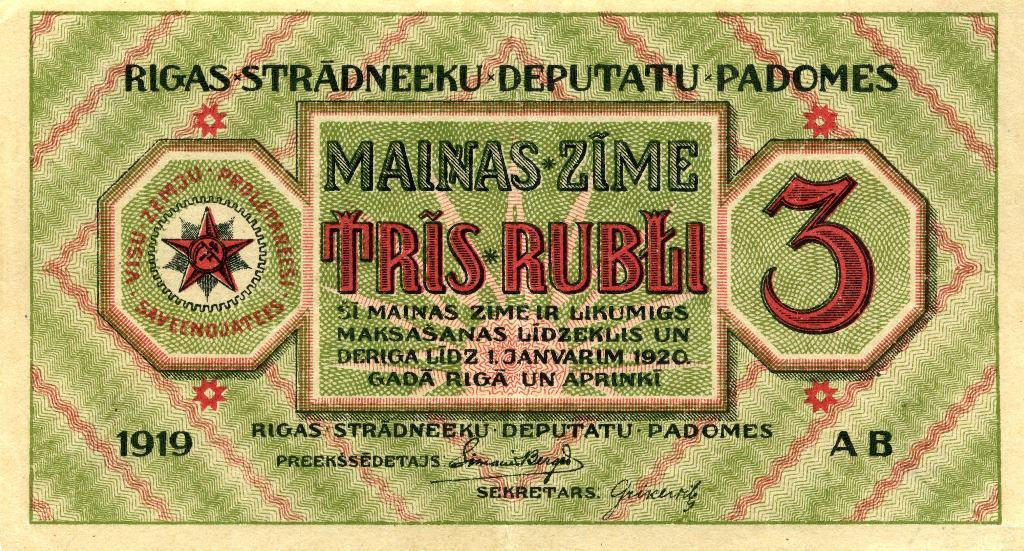 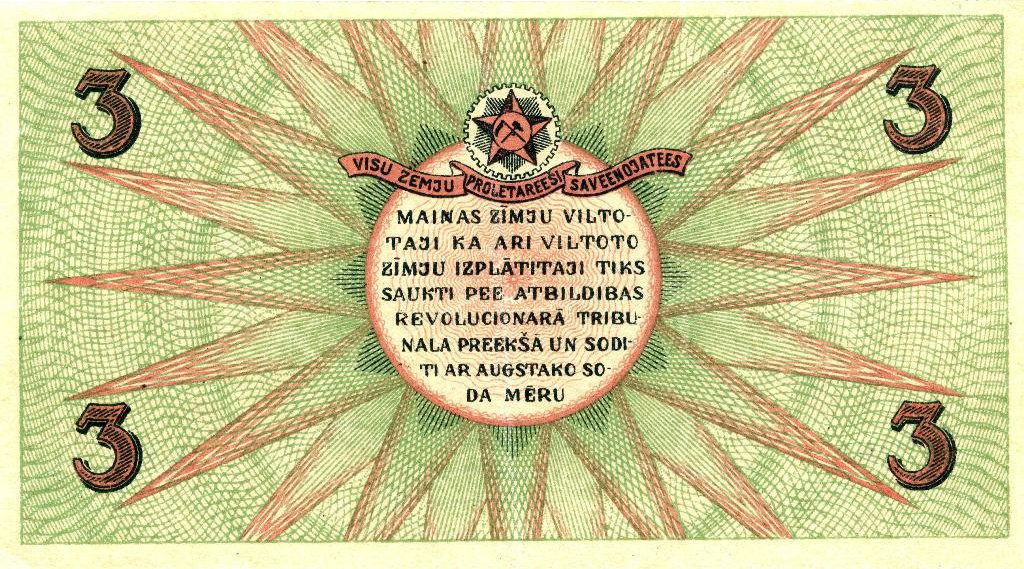 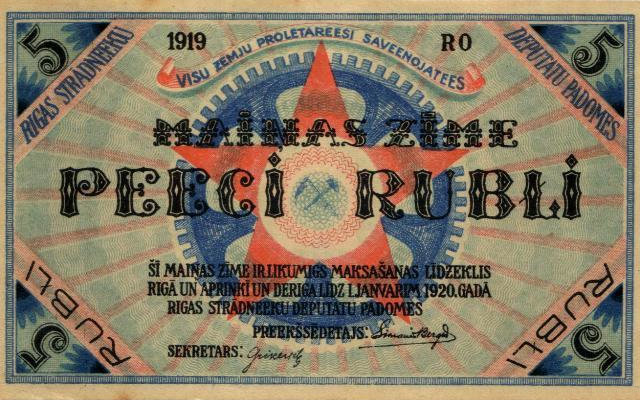 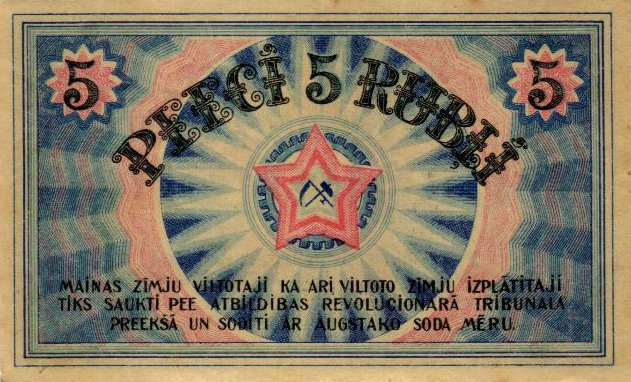 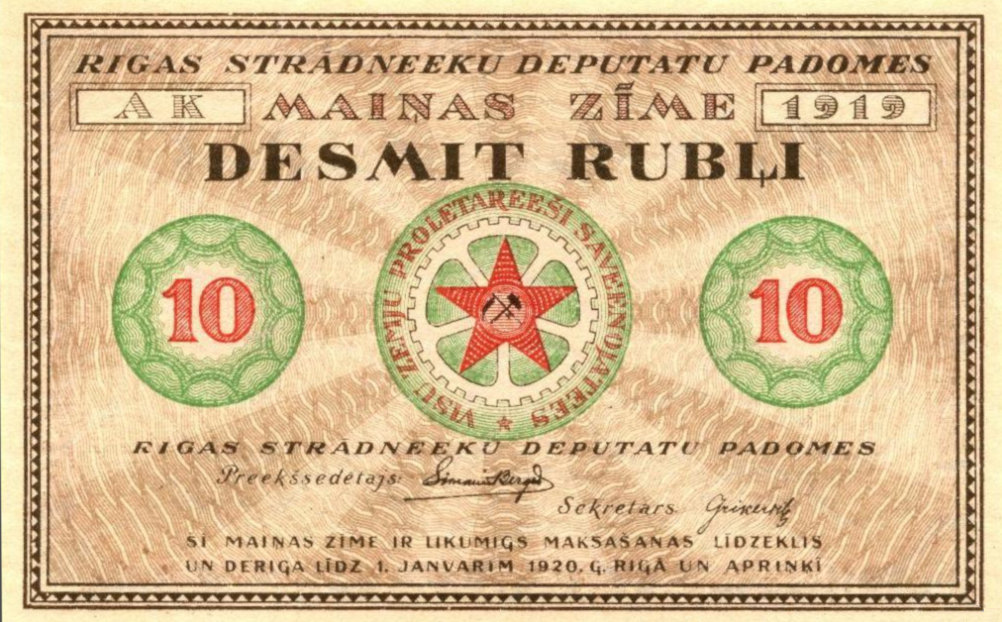 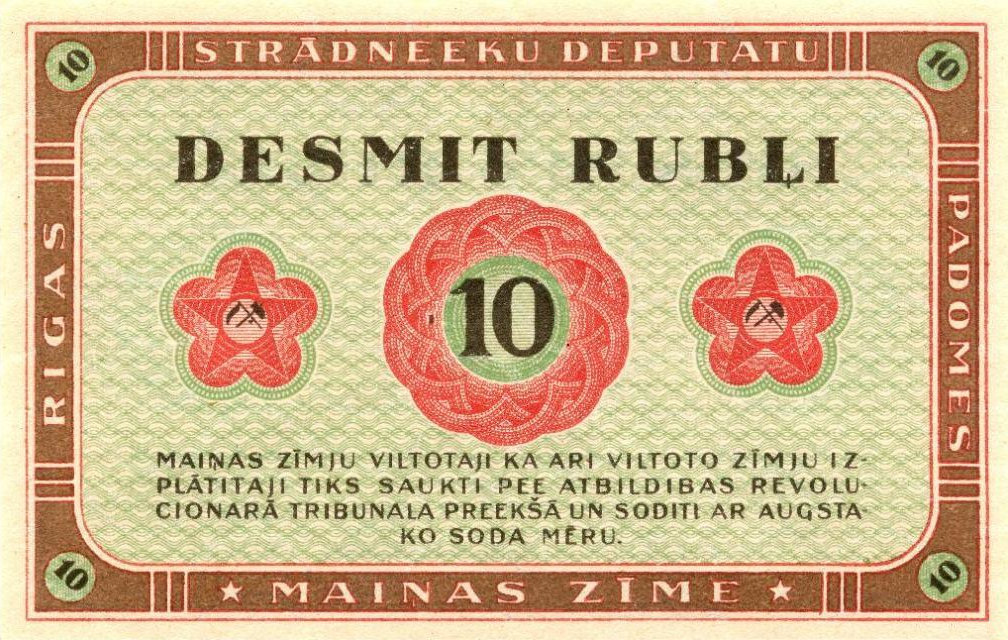 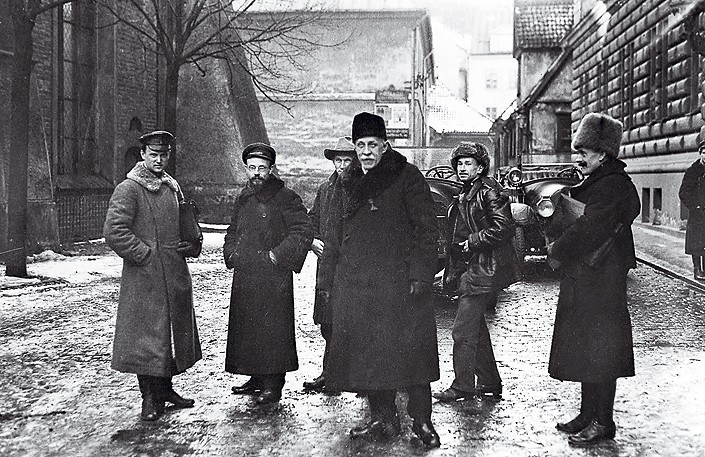