To the question of education in Latvia

People living in Latvia must learn in their native language! Moreover, this right is enshrined in an international document, the framework convention on the protection of national minorities1, which, among other things, implies that Latvia “shall refrain from policies or practices aimed at assimilation of persons belonging to national minorities against their will and shall protect these persons from any action aimed at such assimilation”. Also Latvia shall “undertake to promote the conditions necessary for…” Russians in Latvia “to maintain and develop their culture, and to preserve the essential elements of their identity, namely their religion, language, traditions and cultural heritage.”

Countries such as Finland, Switzerland, Luxembourg, Malta and Ireland have several official languages, and in Belgium German language has official status, although it is native to less than one percent of the country's population.

Why in Latvia, in a country where two major nations — Latvians and Russians — live, where the overwhelming majority of population knows both languages, are the Russians subjected to repression by the state? The answer is simple: because it is beneficial to the ruling circles. They talk about “preserving the Latvian language,” but they are motivated by something quite different: the desire for personal gain and the preservation of their own power. 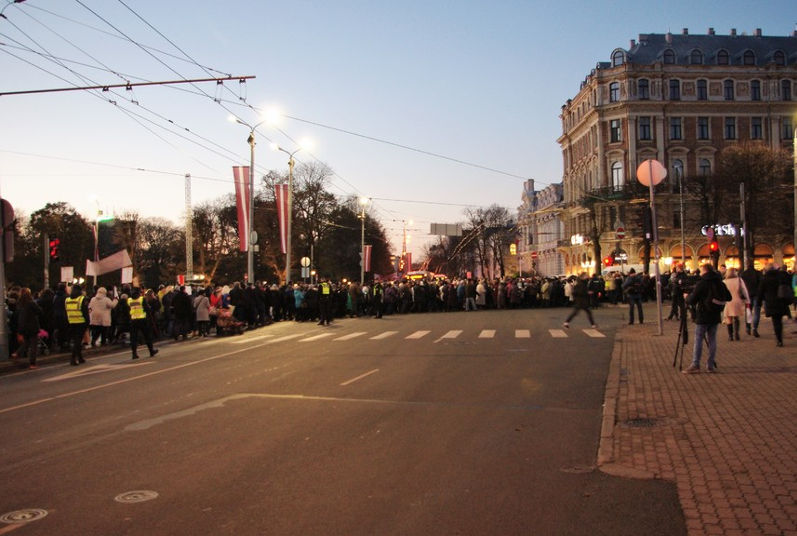 At a time when, according to official data, about 25% of the country's population is on the verge of poverty, the government, by creating an artificial confrontation between the two peoples and manipulating the citizens' confidence, is systematically plundering the population. Here are a few facts: a ticket for public transport in Riga costs 1.15 to 2 euros, although the cost of travel is less than 40 cents (the profits end up in the pockets of numerous contractors); a decrease in international fuel prices leads to a rise in price of fuel for end users (this is achieved by increasing the excise tax), the price of gas is also being raised constantly; prices for certain food products, such as butter and cheese, increased several times, which is why cheese in stores now costs more than meat; a few years ago an absurd land tax was introduced, according to which tenants of ordinary apartment buildings are obliged to pay to those who, a hundred years ago, allegedly had a garden in the place where this house was built.

So we see that the “popularly-elected” government does not uphold the interests of the ordinary people, and even vice versa, the power-holders work “for themselves”, on their own interests. Such a government “hangs” over society, and distracting it with national issues, unconscionably and with impunity sucks the last blood out of it. Why do we need such a government?