Latvian language has the greatest similarity with the Lithuanian language. After Lithuanian, Russian is the closest language to the Latvian language. This closeness is expressed in many common words and in similar endings, derivatives and inclinations. Philologists have found up to 500 similar words in Russian and Latvian languages. Examples include: roka – рука [ruka], galva – голова [golova], māte – мать [mat’], brālis – брат [brat], dot – дать [dat’], nest – нести [n’es’t’i], domāt – думать [dumat’] etc. 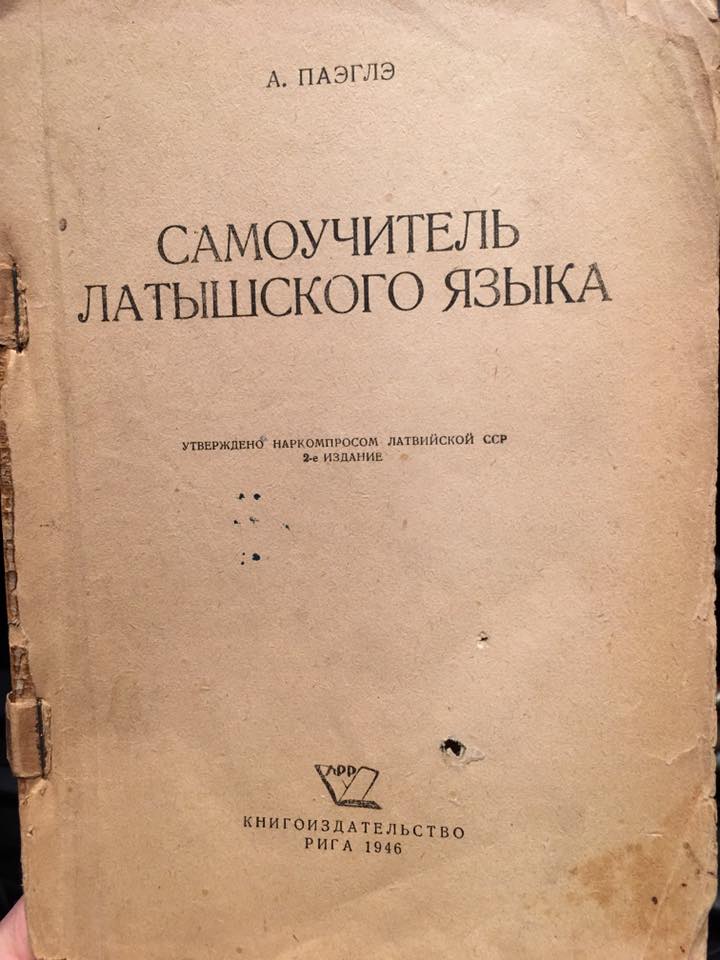 In the Latvian language some influence of estolian adverbs is also noticed.

On the photograph you can see self-instruction manual for people who study Latvian language, released in January 1946. The very fact  of publication of this textbook demonstrates that great attention was paid to the development and dissemination of the Latvian language in the territory of the Latvian SSR: don’t forget that the Great Patriotic War had just ended, factories and dwellings were still in ruins. 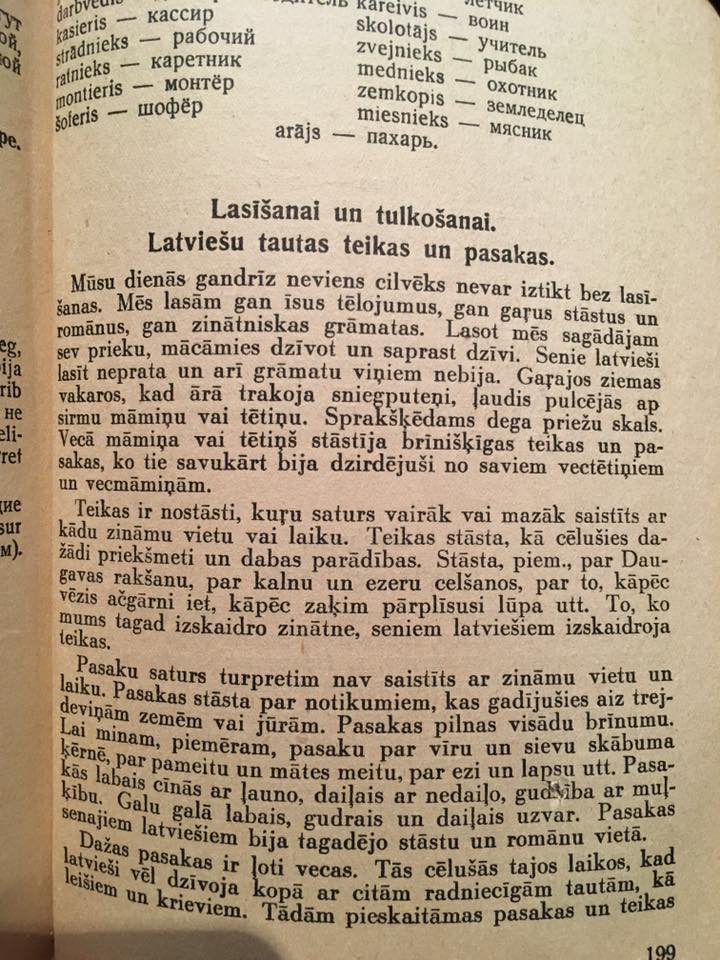 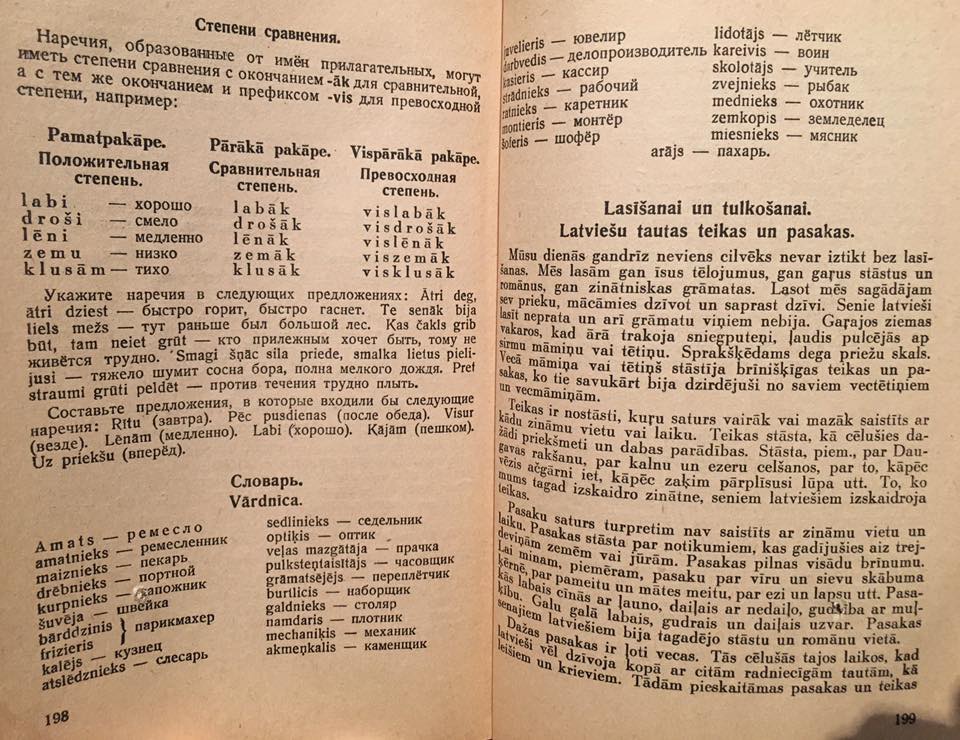 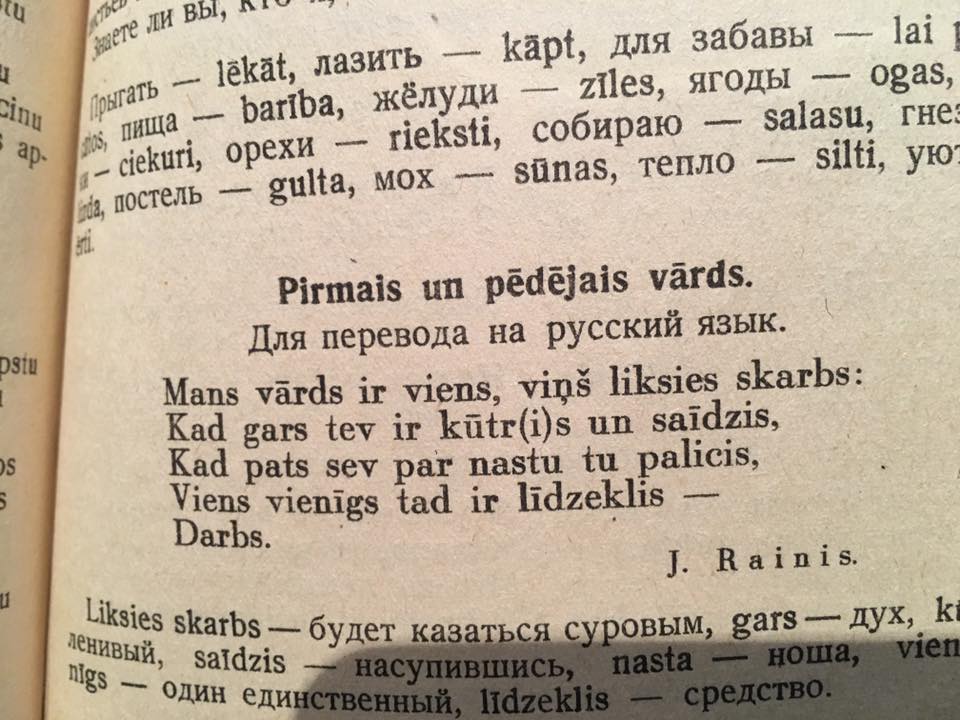 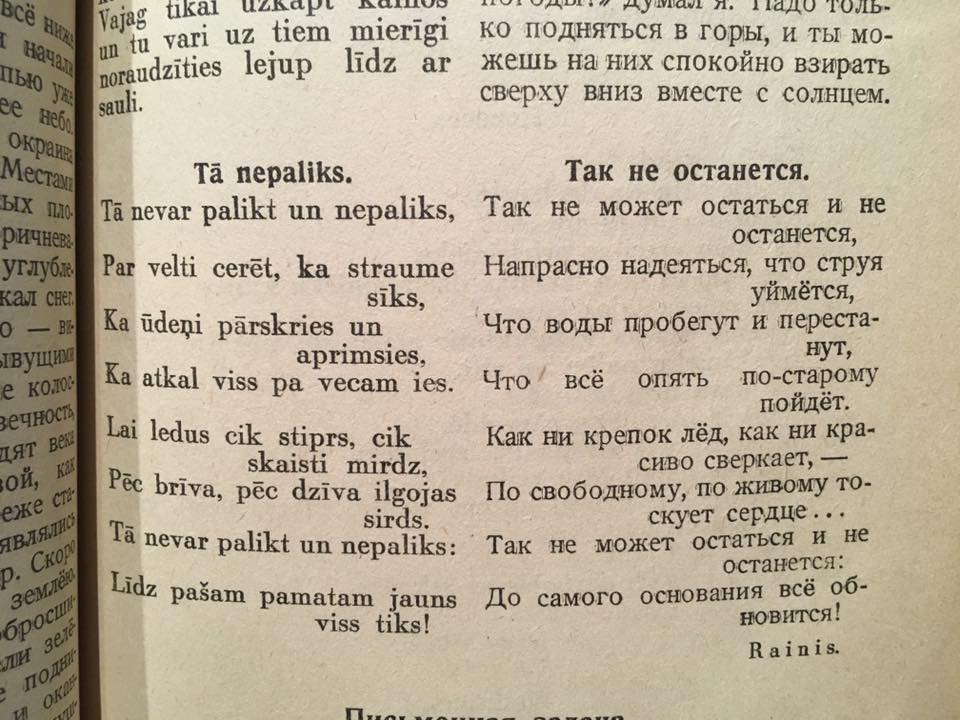 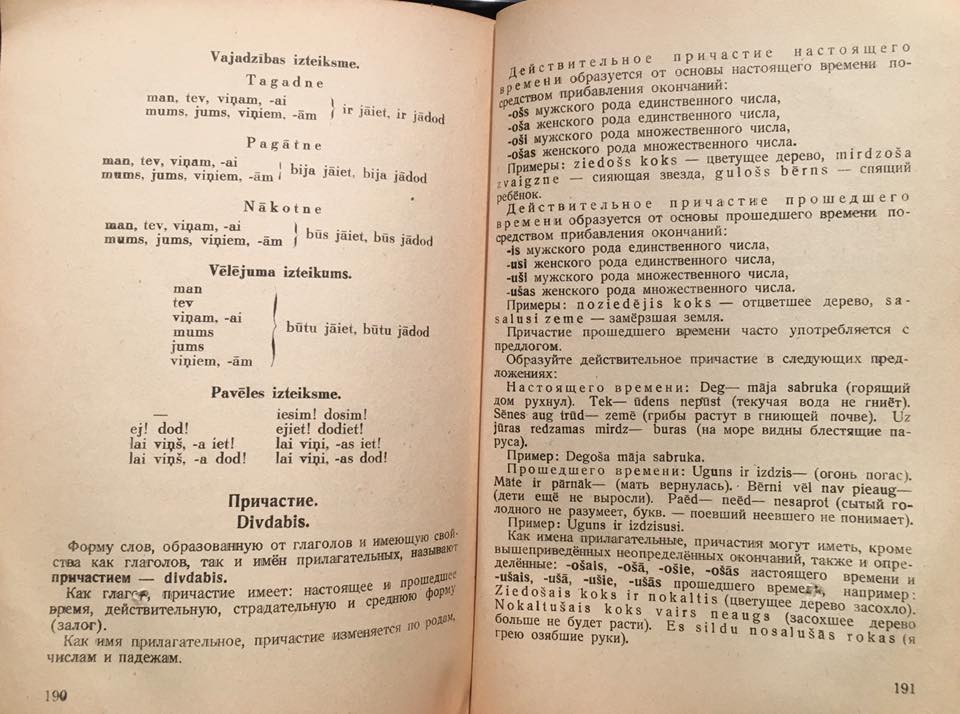 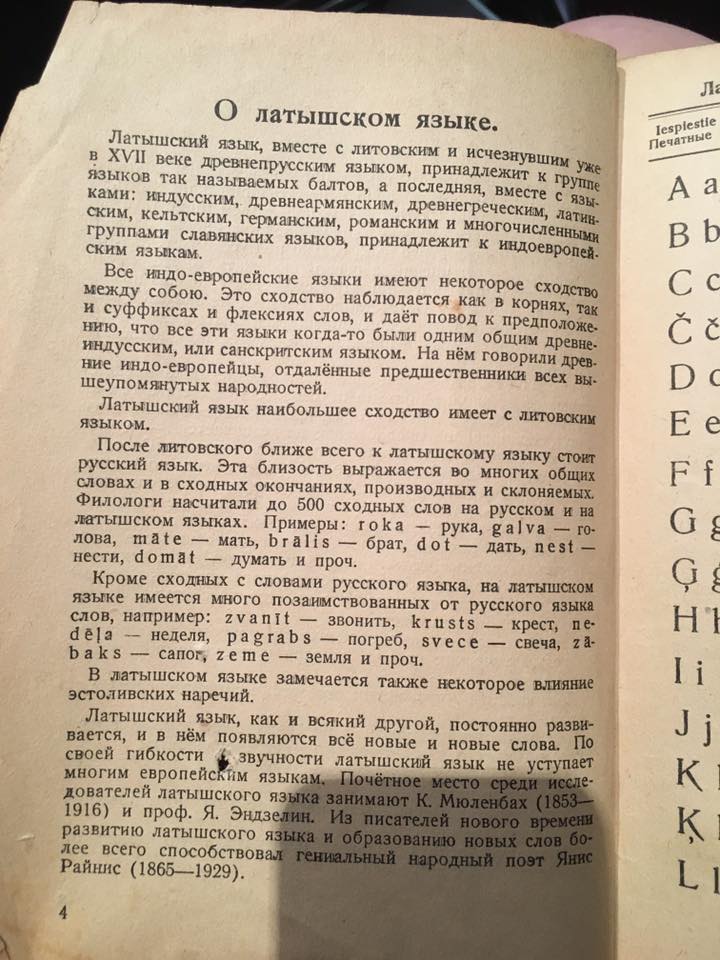 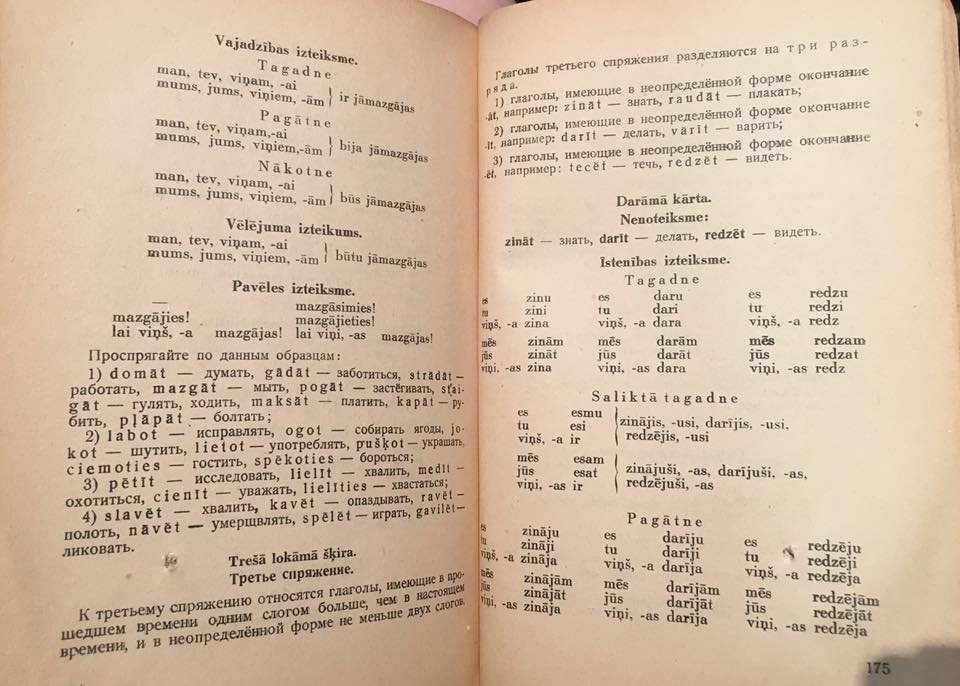 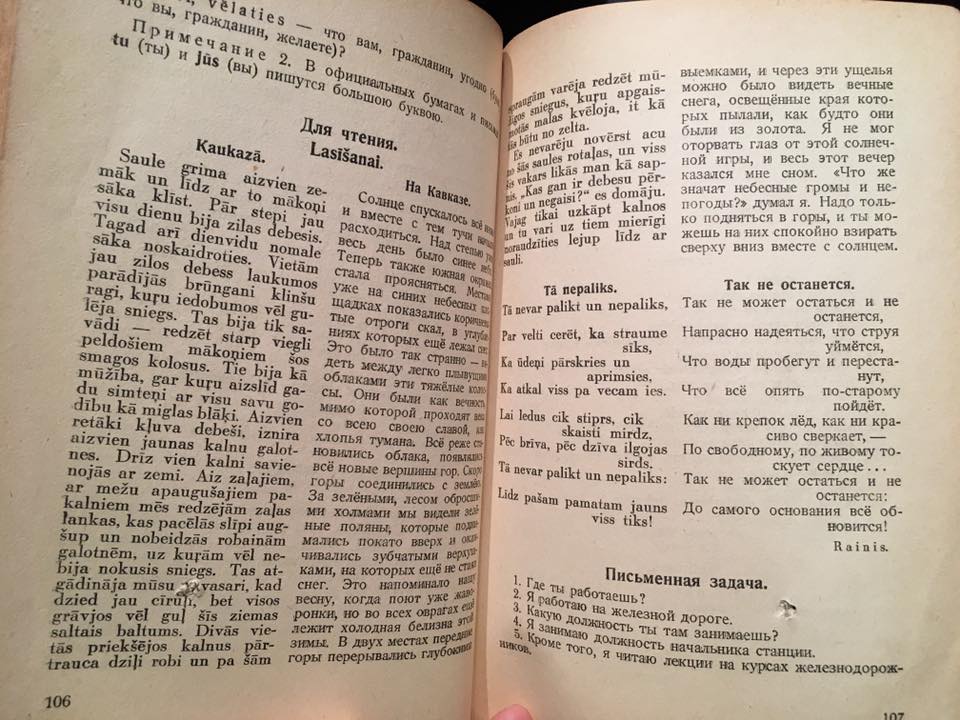 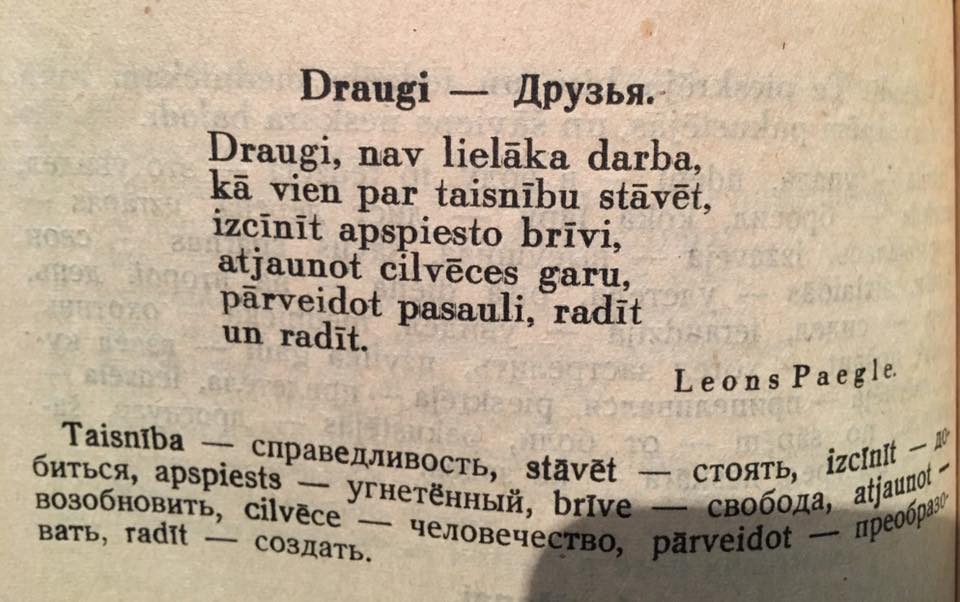 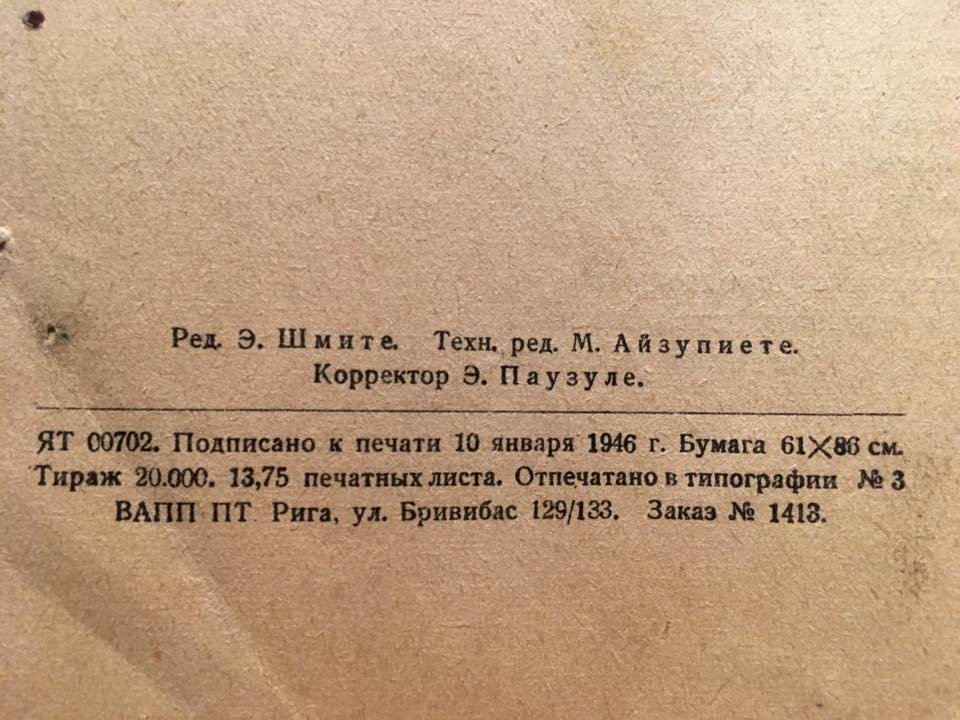