You have finished University, you get a job, sign a contract. What are you selling? Since you don't own anything, except yourself, you sell… no, not yourself, but your labor power, which is being bought by the company owner – a capitalist or a group of capitalists. Indeed, this selling is your main income. In this regard, it is rather strange to hear the praises of personal freedom under capitalism from people who sell their labor power. Just like the essence of bourgeois-democratic elections is that every few years people choose which of the representatives of capital will represent and repress them in the parliament, the capitalist “freedom” essentially is the freedom of choice of the capitalist who will exploit you.

Of course, the capitalist has a certain degree of freedom, but he, strangely enough, is forced to act in a very definite way. If the capitalist does not contribute to the growth of his capital, then his company loses in competition: is thrown out from the market or absorbed by more successful capitalists. The former capitalist at best remains a director, but more often – replenishes the ranks of the proletarians, in the broadest sense of this word. This is not a reason to “be sorry” for the bourgeoisie, but still, the capitalist is also limited by capital, like the worker. Capital requires obedience – everyone must work to increase it. Incidentally, this is why Protestantism is so popular in the capitalist world: the increase of capital is a charity thing, for which, at the end of life, the chosen people must “snatch” thier piece of grace. 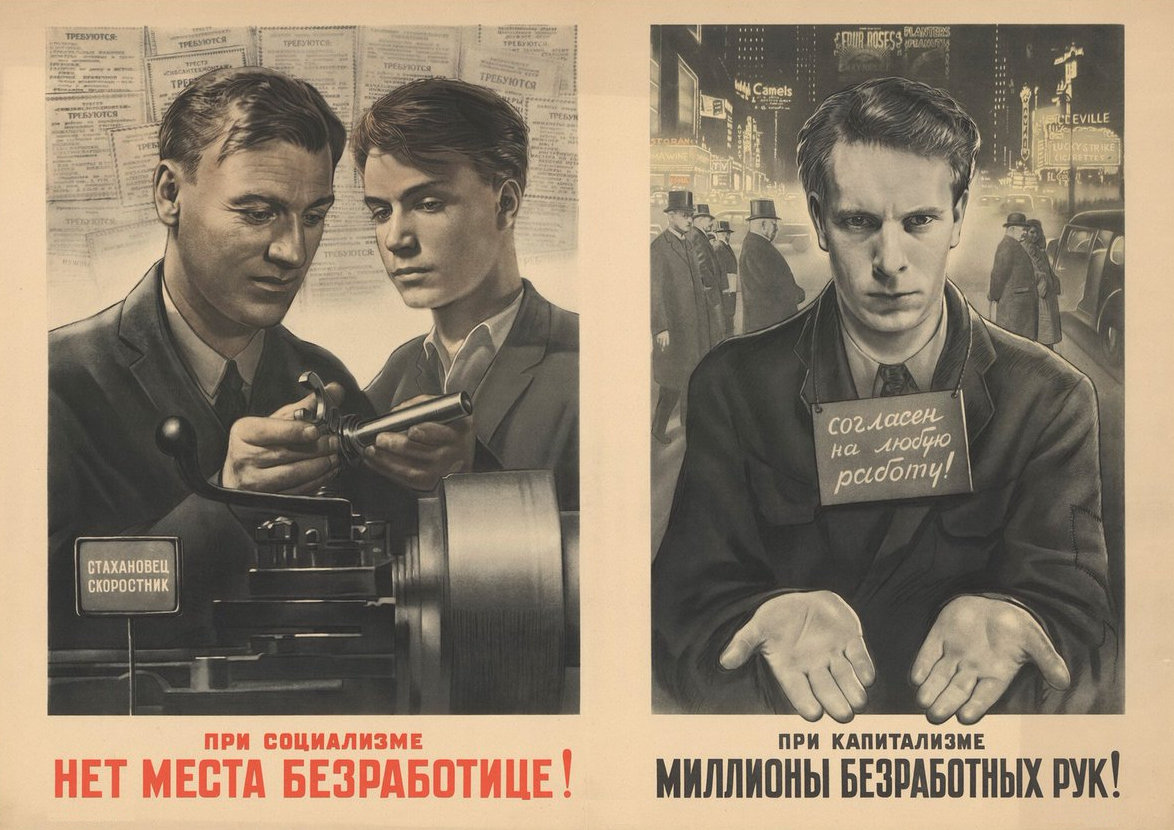 Moreover, the industrial capitalist, the servant of his business, is forced to develop production, and that is his progressive role. Owners of the land and so-called “investors” don't do absolutely anything for the development of production. Their role is to take away part of the profits. The owners of the land receive rent for nothing, and thereby increase the cost of production in that territory. They do nothing more – it's as simple as that. This completes its function. Therefore, the liquidation of private ownership of land increases production profit. In this case, the industrial capitalist does not have to pay rent, and production costs decrease. The moneylender, or in a new-fashioned way “investor”, does not give money, as the ordinary consciousness thinks, but takes them. He does not care about what is produced and how, he only wants to receive his interest. Therefore (let's call a spade a spade) the money is given to him. 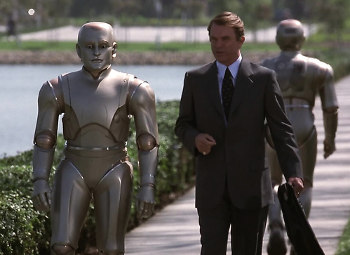 In modern mass culture, fantasies are spread on the subject of threats to mankind from the side of artificial intelligence, there are many films about the enslavement of people by robots and so on. Well, this is the case when science fiction is on the heels of reality. Capital already dominates people; a person goes and bows to the system of capital based on the exploitation of man by man; goes to the capitalist – priest of capitalism – to be exploited. Here is the true face of “freedom” for the majority of people in capitalist society – to be an appendage of capital or to perish.

For example, a worker produces cars. He is working obediently, and if he is lucky, he saves money gradually. Let's say, he wants to buy a car at some point. While the economic crisis is only preparing to strike, the capitalist tells the worker stories that the company and the worker are one family, brainwashes him with various kinds of “core values”. But one day it turns out that too much cars are being produced – so much that it is not profitable to sell them any more. The capitalist, as a loyal squire of capital, finds a way out of this situation and decides to cut production – the worker replenishes the army of the unemployed. Now he can not afford to buy the car because he… produced too many cars! Instead, he goes and bows to the next representative of capital.

When a worker is going to a capitalist, he is actually looking for capital. The strength of the capitalist is that he is believed that he owns his capital. But in fact, capitalist is also subordinated to his capital – the capital changes its priests in the same easy way, as the capitalist changes the labor power he uses. The finished commodity (the car) that is being sold is the same capital as the means of production (machine-tools), but in another form, in commodity form. This time the worker got to the brewery. The worker is asks the capitalist, who has a bottle of beer “behind” him, to employ him to the faithful duty again. Perhaps he will be lucky again, but for this the bottle of beer, via the capitalist, will take eight hours a day plus time for the road, and then, through its agents – all sorts of merchandisers, will also snatch a lion's share of free time. But also the so-called free time under capitalism is given to workers only for them to restore their labor power, so necessary to capital. Had there not been this unfortunate physiological necessity, the workers class would work 24 hours a day, with no holidays and no days off. The bottle wants you to produce bottles and consume them! And do not try to resist – there is always an overseer alongside, and an army of unemployed.

By his nature a Man is a creator, he consciously changes himself, as well as nature around him, but under capitalism this creator can create only when he is permitted by the capital, he is a creator in passing. This is the death of the creator. It is here, and not in the fantasies of the priests. Man does not rule over economic circumstances; on the contrary, capital dominates people in all its various forms. It is like a hurricane or a fire, acting like an unrestrained force, before which the last people bow. In the same way as religion is the fruit of human imagination, which has separated from man and now dominates over him as an external force – in the same way the capital, created by man, is dead labour that subjugates the living labour.

Under imperialism, capital is becoming increasingly difficult to grow, crises are becoming more frequent and reveal an increasing number of people who are unnecessary for capital, and therefore the means of destruction of those people. While enthusiastic lovers of iPhones-8 are running around and enjoying their pseudo-freedom, perhaps somewhere new forms of open terrorist dictatorship of finance capital are being invented. And it's time for us to create our weapons for the struggle for real freedom.

Working Men of All Countries, Unite!