Here in Latvia we have long been accustomed to think that almost all Soviet time factories and plants closed at once by the mid-1990s. In fact, some of the enterprises of the food, knitwear and even chemical industries survived and continued functioning for decades. Moreover, even some factories of metalworking and mechanical engineering have survived.

The fates of these enterprises in times of capitalism differ. Some of them were in public, others remained little-known. The owners of some of them tried to modernize and expand production, while the owners of others only pumped out profits, as long as possible. But as time passed, it seemed that the elimination of industrial enterprises remained in the past. Surviving privatized factories “fit” into the free market. It turned out that this is not the case, and the old plants again reminded of their problems… and the problems of the entire Latvian economy.

Two bankruptcies of very old factories took place not so long ago in one city. Both cases were more or less covered by news agencies, but some details attracted insufficient attention of journalists. We would like to tell to our readers about these details.

Sudden crash of “Liepājas Metalurgs” (Liepaja Metallurgist plant, one of the oldest enterprises of the city, founded in 1882 and having survived two world wars) struck the imagination of the Latvian public in 2013. The inhabitants of Liepaja are used to the fact that this large plant has always existed. 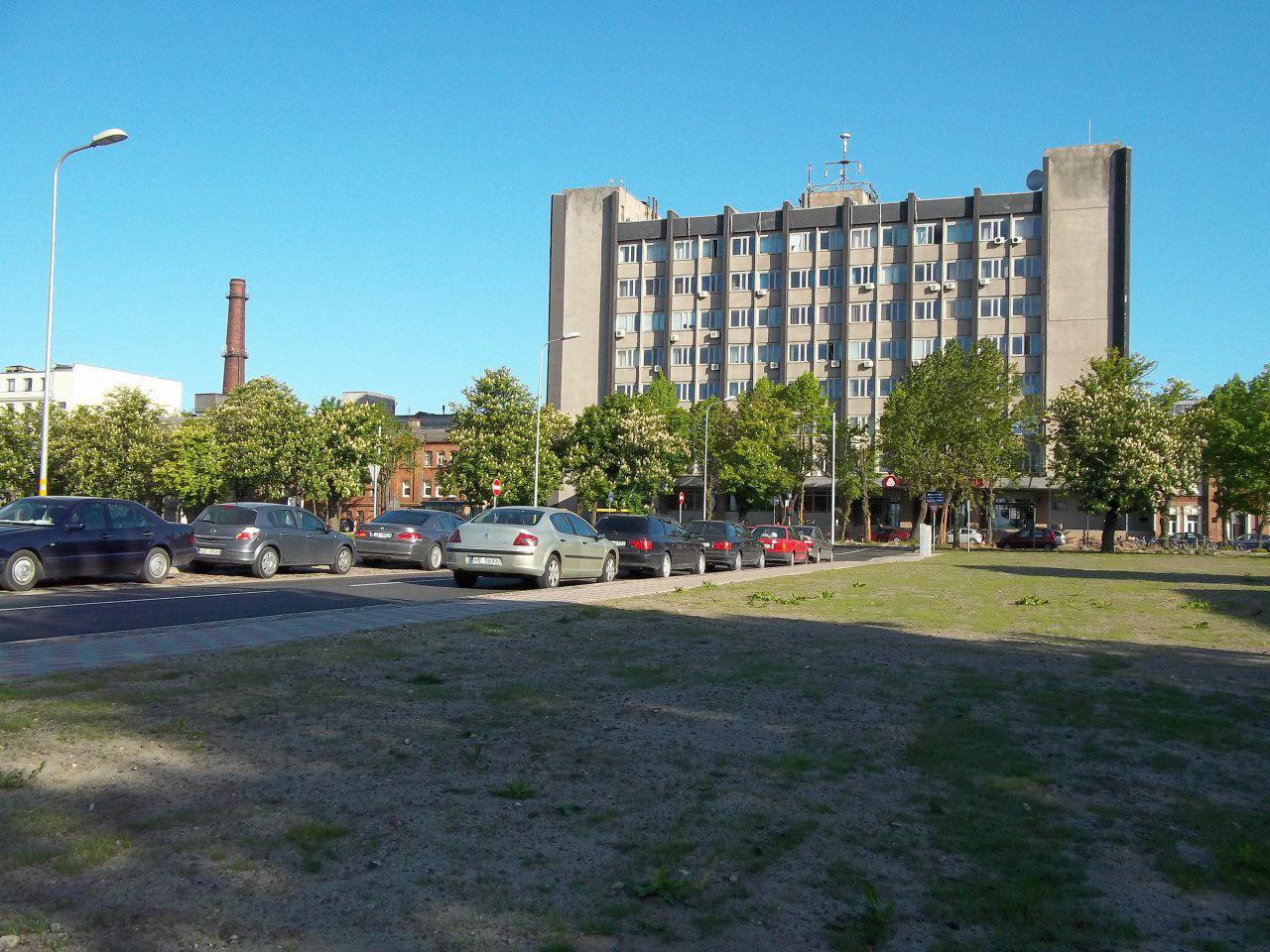 But the owners of “Liepājas Metalurgs” had financial difficulties; the company could not pay its creditors and suddenly found itself on the verge of bankruptcy. Meanwhile, the closure of this largest plant affected the entire economic life of the city, not to mention the fate of 2,000 employees. Shareholders of the plant, its creditors, local authorities and government politicians showed a striking indifference to the fate of workers. An old Soviet trade union existed at the factory. However it was engaged not so much in protecting workers as in issuing loans to them. But now its leader had nothing to lose, and perhaps even the workers themselves demanded action from him, so the union publicly announced the convening of a rally of the company’s employees.

On the announced day, at least 200 people gathered at the multi-storey building of the factory office, and not only the employees of  “Liepājas Metalurgs.” Journalists arrived, and there were also two people in civilian clothes were identified as agents of the State Security Service.

At first, the chairman of the trade union had a speech, more and more new speakers followed him at the microphone. In all the speeches the same leitmotif sounded: the plant so important for the economy must be preserved. But the energy of the speeches could not hide the mistake of the organizers of the action - the purpose of the rally was not defined. During the rally, no one took care to formulate specific requirements for specific individuals. The rally ended in nothing, and the planned rally in Riga was canceled. A few months later, the company closed, and workers were dismissed. The foreign “investor” who bought the plant could not resume production.

Some of the former metallurgical workers retired, some went abroad, others settled on a specialty to other enterprises (owned by foreigners), some changed their profession. Other ventures have already begun to develop the territory of the former “Liepājas Metalurgs”: a small enterprise owned by foreigners Caljan Rite-Hite moved from its former location to the building where the mechanical workshop once worked. And some enterprising people, taking metallurgical specialists with them, moved to the edge of the city in old Soviet buildings and started casting non-ferrous or light metals; but this minor business cannot be compared with the large scale production of “Liepājas Metalurgs.”

Five years later, the bankruptcy of one more historic and traditional plant owned by AS “Tosmares kuģubūvētava” (Tosmare Shipbuilder Ltd) located also in Liepaja followed. Tosmare is the name of one of the industrial suburbs of Liepāja. Contrary to its name, the plant in recent years was engaged not in shipbuilding, but only in ship repair. Even in the so-called “fat years,” the period after Latvia’s enter to the EU, when the European Union artificially pumped Latvia into loans creating inflation, followed by a devastating crisis, there was not a significant activity here. One could see from outside an abandoned office building of Soviet construction and old Soviet machines and cranes in the shops. There were very few workers left; salaries here were less than in other places. In complete contrast to the "Liepājas Metalurgs", the Tosmare factory on the eve of its ruin definitely did not seem prosperous and promising. Its closure has long been predetermined, even 15 years ago, if not earlier. For these reasons, the bankruptcy went almost unnoticed and did not cause a public outcry. The silent indifference of our society indicates, among other things, the degradation of elementary common sense: the port city remains without shipbuilding and without ship repair, and this does not bother anyone! Only industry owned by foreign capital, mainly Danish, remains in Liepaja now. Considering that these foreign capitalists by all means avoid creating high-tech and especially heavy industry in Liepaja, it becomes clear that sea ships in Liepaja will no longer be built and repaired.

When delays of wages began in “Tosmares kuģubūvētava” workers did not protest. The news of the liquidation also did not lead to noticeable indignation. It is quite possible that the impression of the unsuccessful protest of “Liepājas Metalurgs” employees played its role.

However, the bankruptcy of the Tosmare Shipyard accidentally entered the history of the “struggle against capitalism.” In June 2018, a little-known Socialist Party of Latvia published the news: media reported that the employers delayed the payment to the employees. In this regard, the parliament deputies of the SPL sent a request to the Labor Inspectorate: "We ask you to provide information on the measures taken by the Labor Inspectorate…”

There were an uncountable number of violations of labor legislation in Latvia, and the SPL leaders could have learned about them not “from the media,” but from their activists and from the workers themselves. Why did the leadership of the SPL catch a single Tosmare case? The answer is simple: elections to the Saeima (Latvian parliament) were approaching, and it was necessary to demonstrate that the SPL does at least do something for the working people. However, this demonstration was addressed not so much to the Latvian voters as to the foreign allies of SPL. The socialists did not even inform the workers of the Tosmare plant about the care they had shown.

The CPF never reported what was achieved with the help of the deputy’s request.

What is the common in the described two bankruptcies, except a scene of action? Both closed factories were well established enterprises, traditional for Latvia, with long successful history. In both bankruptcies, the extinction of the Latvian hinterland is taking place symbolically.

There are remains of the former industry in Liepaja: the former Lauma haberdashery factory, which once employed more than 5 thousand workers, now SIA “Lauma Fabrics” with less than 500 workers, a fish cans, a coffee and a potato chips productions and a merchant sea port. But no one will be surprised if they follow “Liepājas Metalurgs” and “Tosmares kuģubūvētava.” 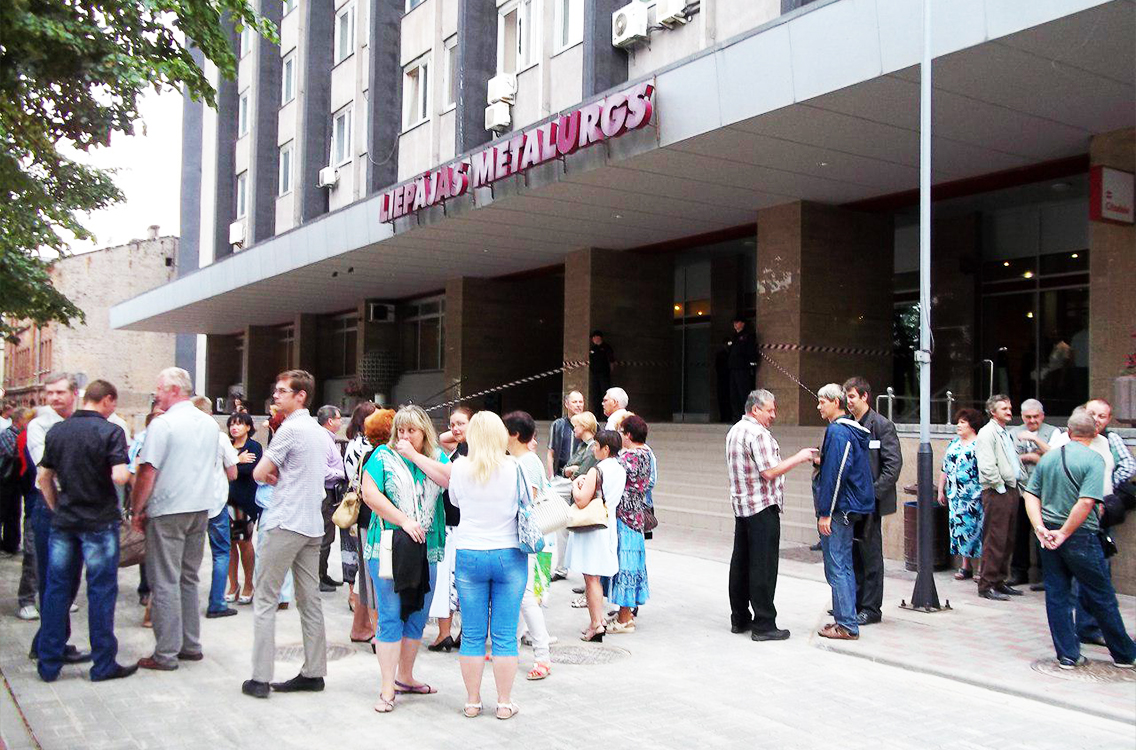 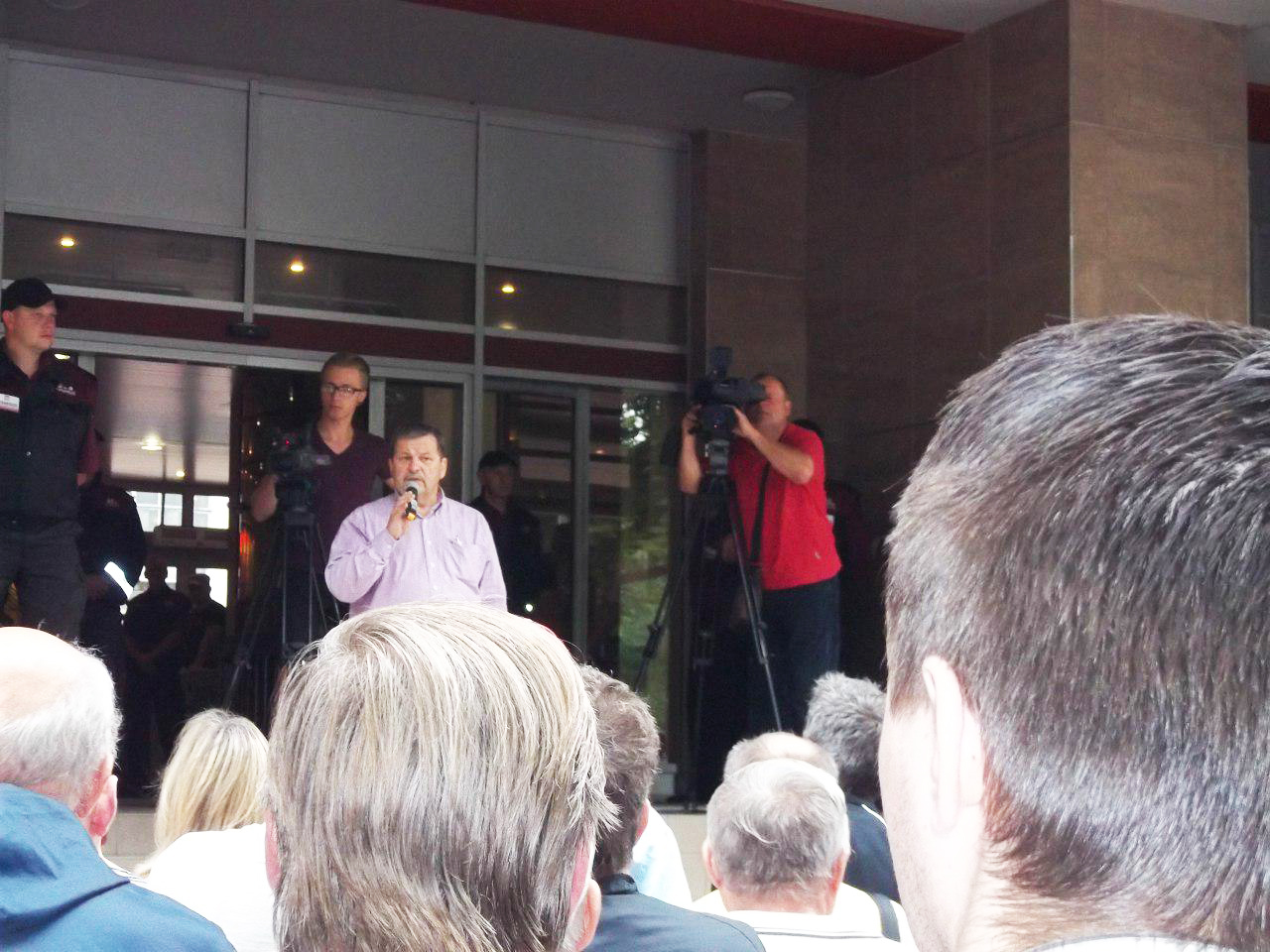 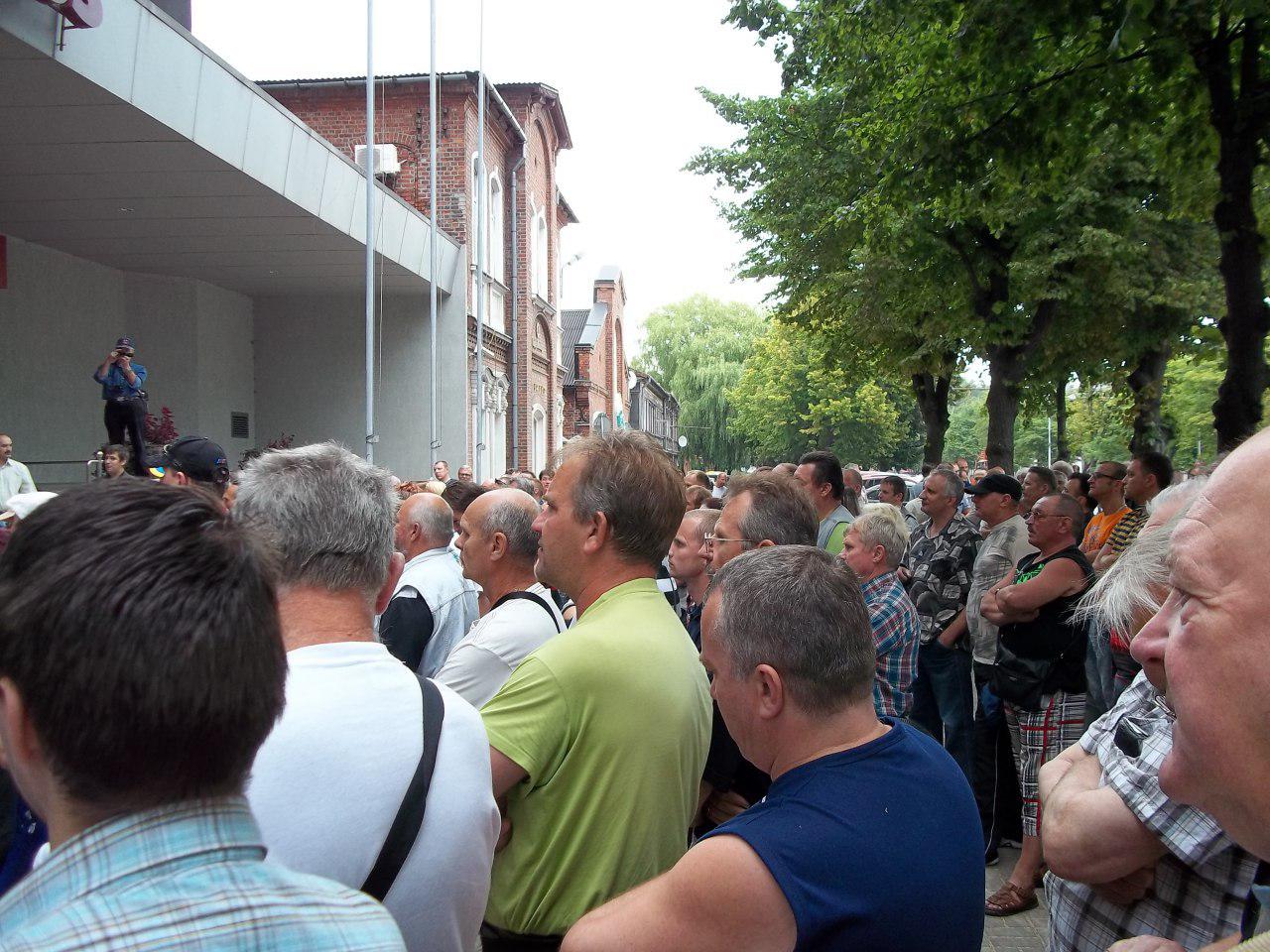